The Idea of Craft

My life as drinker/brewer has been punctuated by a series of events – chance discoveries and serendipitous accidents that, taken together, give a personal meaning to the word 'craft' in craft beer. The first was the discovery of my elder brother's highly illegal bedroom brewpub – the 'Omega Bar' (still talked about in Scarborough to this day!), complete with its own brewery, private doorbell, fruit machines, optics, and crisps. Shortly after this, I discovered the amazing world of yeast when the kitchen ceiling collapsed as a result of an overactive yeast population in the brewing cupboard situated above the 'brewery'. Next, my disappointment at the inevitable airing cupboard explosion during my first attempt at brewing, more than compensated for by the extreme intoxicated pleasure, many years later, when drinking too many bottles of my first successful all-grain brew – a clone of 'Old Peculier' (which I believed to be the best beer out there at the time – ha!). 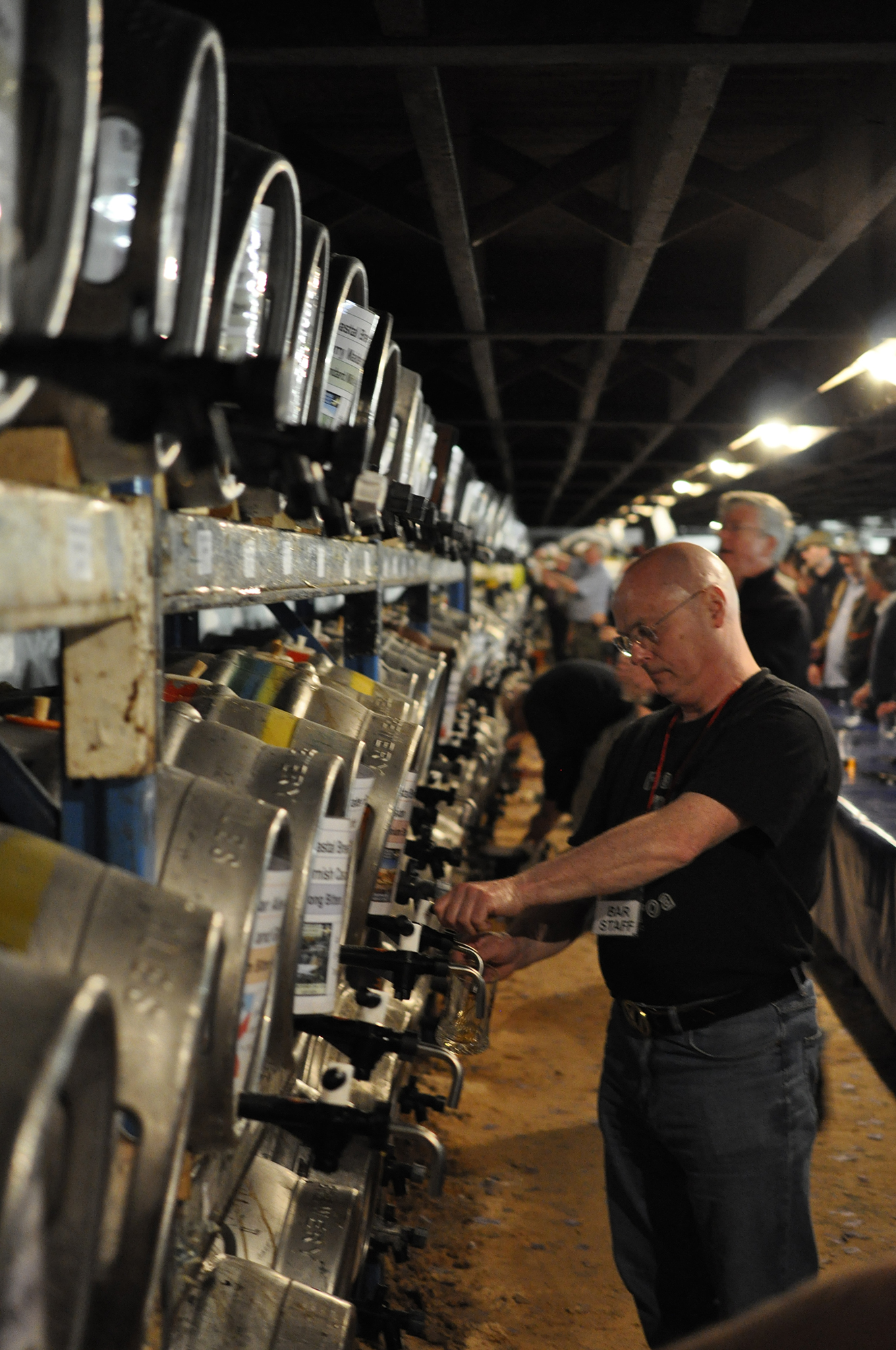 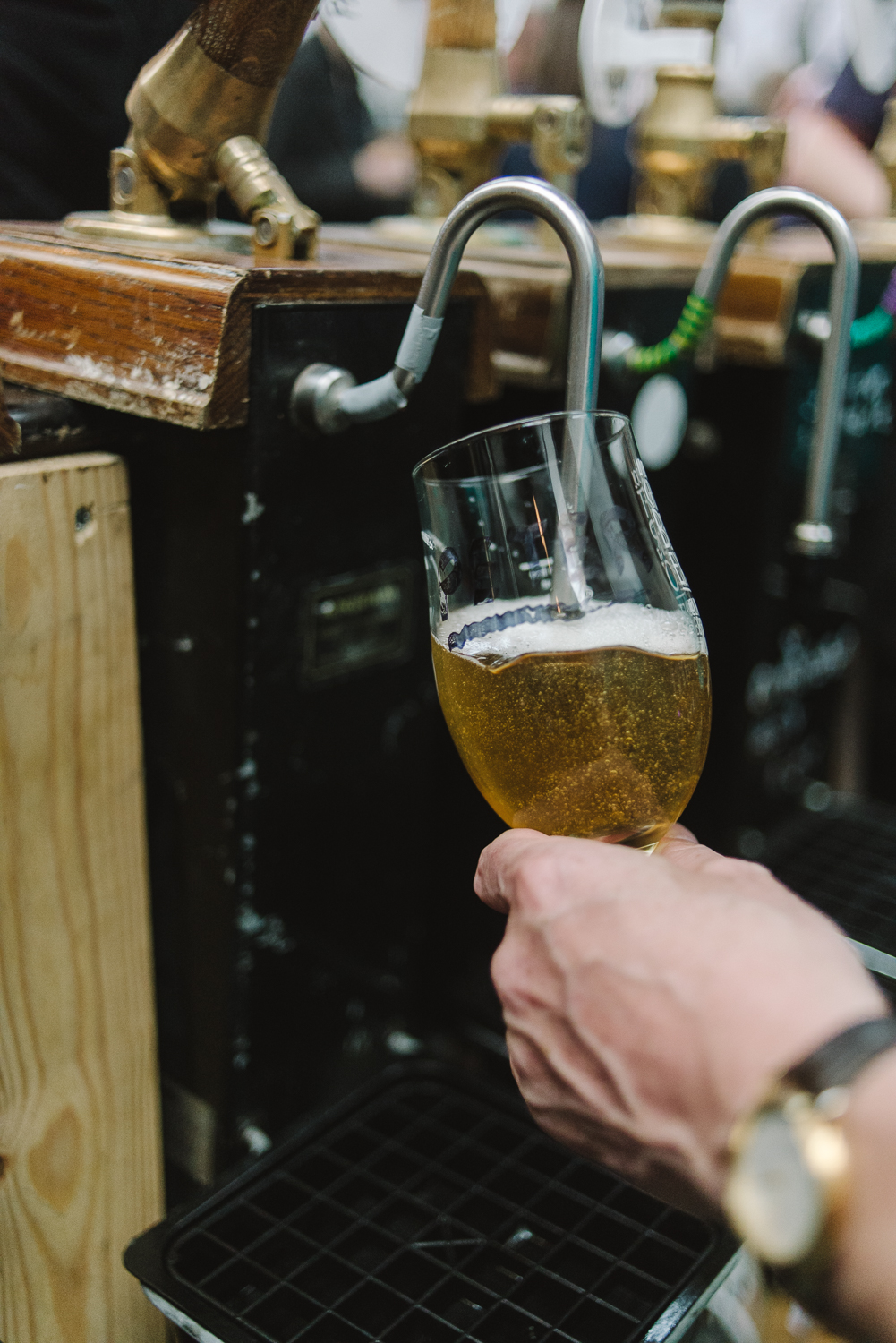 These brewing experiences occurred against a background of growing disappointment at the beers commercially available on the market, which culminated in a kind of ‘road to Damascus’ moment.  I was with my partner at the epic 2003 Rotherham beer festival when we suddenly became aware of the stark contrast between the homogeneity of beer on offer there and the genuine range of homebrewed beers sat in our own kitchen.  This is not an exaggeration.  After trying in earnest to find something genuinely different at the festival, by going for the ones with the craziest descriptions or most unusual hops/ingredients, I was left feeling bored, tired and, of course, pissed.  I went back to our tent, seeking solace in a jar of homemade pickled eggs, but on arrival these were frozen solid – it just so happened to be the coldest night in UK history.  I realised at this very moment, staring at the frozen eggs, that it is possible to brew interesting beer, and that the key to this lay in an open, experimental approach to brewing, and a decision not to let the technical details or restrictions on style categories get in the way of a good brew.
‍
The decision to switch from homebrew 'kits' to all-grain brewing is like the decision to buy your first set of spices for curry making – there is no going back.  Free from constraints, every thought begins with 'what if I chucked in.....'.  At the same time, it takes a concerted effort not to follow existing recipes to the letter.  However, inevitably the day comes when you make what seems to be a vital error, or you discover that an important ingredient is missing and that the homebrew shop is closed.  Perhaps you’re in a bit of a weird mood, decide to throw the homebrew book at the wall, and you take the plunge to make your own beer.  My 'Old Peculier' clone went something like this. 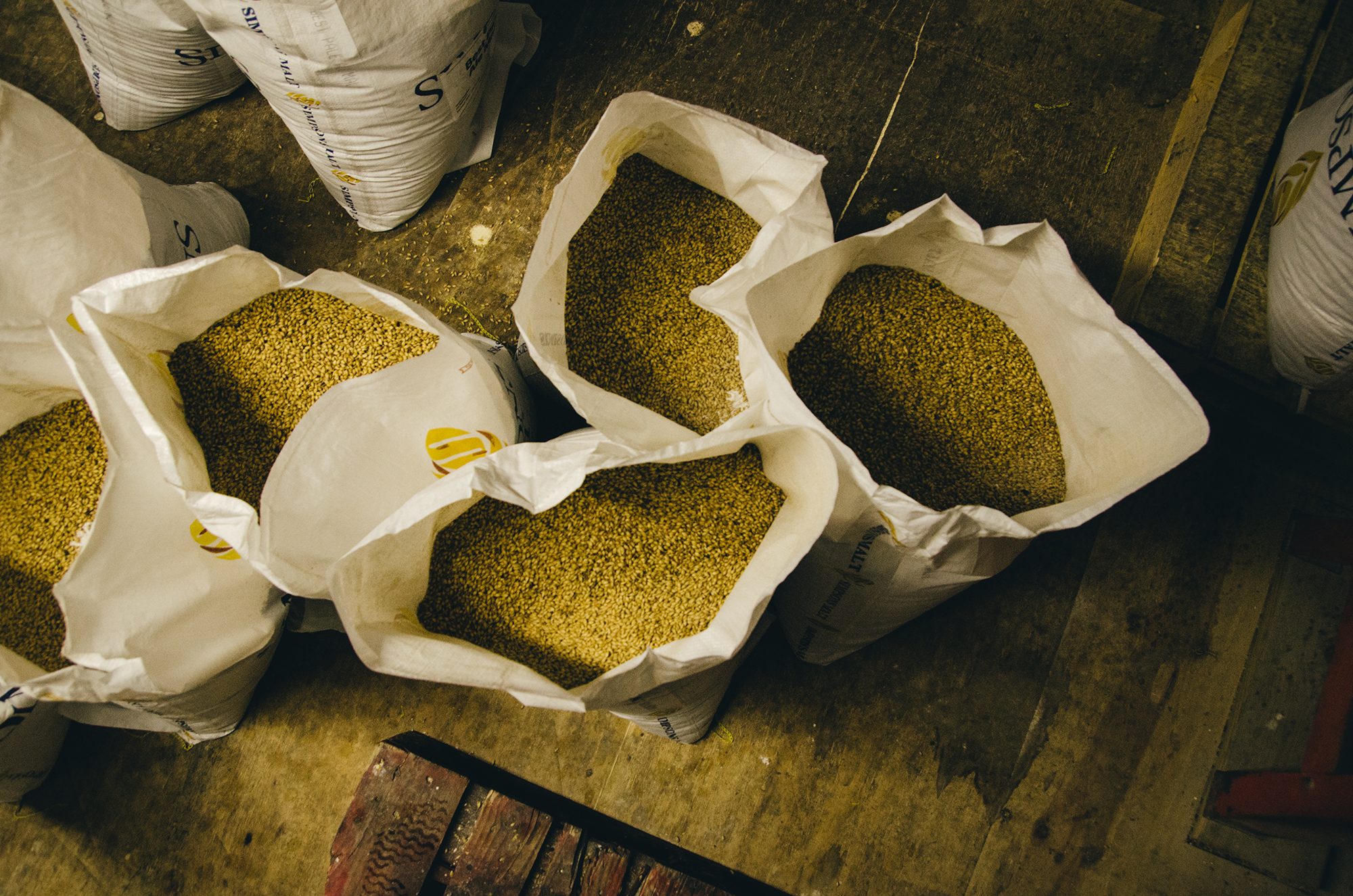 I used a recipe from Dave Line's now-classic 'Brewing Beers Like Those you Buy', only to discover I’d purchased the wrong ingredients and that the recipe called for dark malt extract and saccharin tablets!  So I decided to improvise.  Two weeks later I was slumped on the sofa after drinking four of these six percent beasts, with a smile on my face.  Firstly, because I had retained something of the Old Peculier’s character, but more than this, I had added a certain something that was all of my own making.  This 'something' is perhaps where the essence of craft brewing is to be found, in the moment when you decide to abandon the attempt at a faithful recreation, and substitute your own monstrous version.
‍
Indeed, what results is truly 'monstrous', because although it is only minimally different from the original, this little adulteration, little bit of poison, alters the beer entirely.  Yet crucially, at the same time, the 'idea' of the beer remains intact, or at least, my idea of the beer.  So, what is the 'idea' of Old Peculier exactly?  It's strong, dark, velvety, treacly and very sweet; but despite being all of these things, this combination of descriptors falls short of the idea itself.  These same words could also be used to describe Hobgoblin, or even Guinness.
‍
The idea of a beer is something that is always separate from, and kept at a respectable distance from individual tastes and sensations, something that is perhaps impoverished by our attempts at putting it into words – least of all a list, as with those comics on Ratebeer that write comments such as ‘paradise in the mouth, two-finger head, not my thing’. Arguably the most accurate description comes from David6400 on tasting Westvletern 12; "dddff ffggggg ggggr trtrtrtrtrthh rruty zey zetyezytrey ry ryrtyreutu etrutyuetue eryertet ertyzyeurrt rtyu rtyurtyu.” 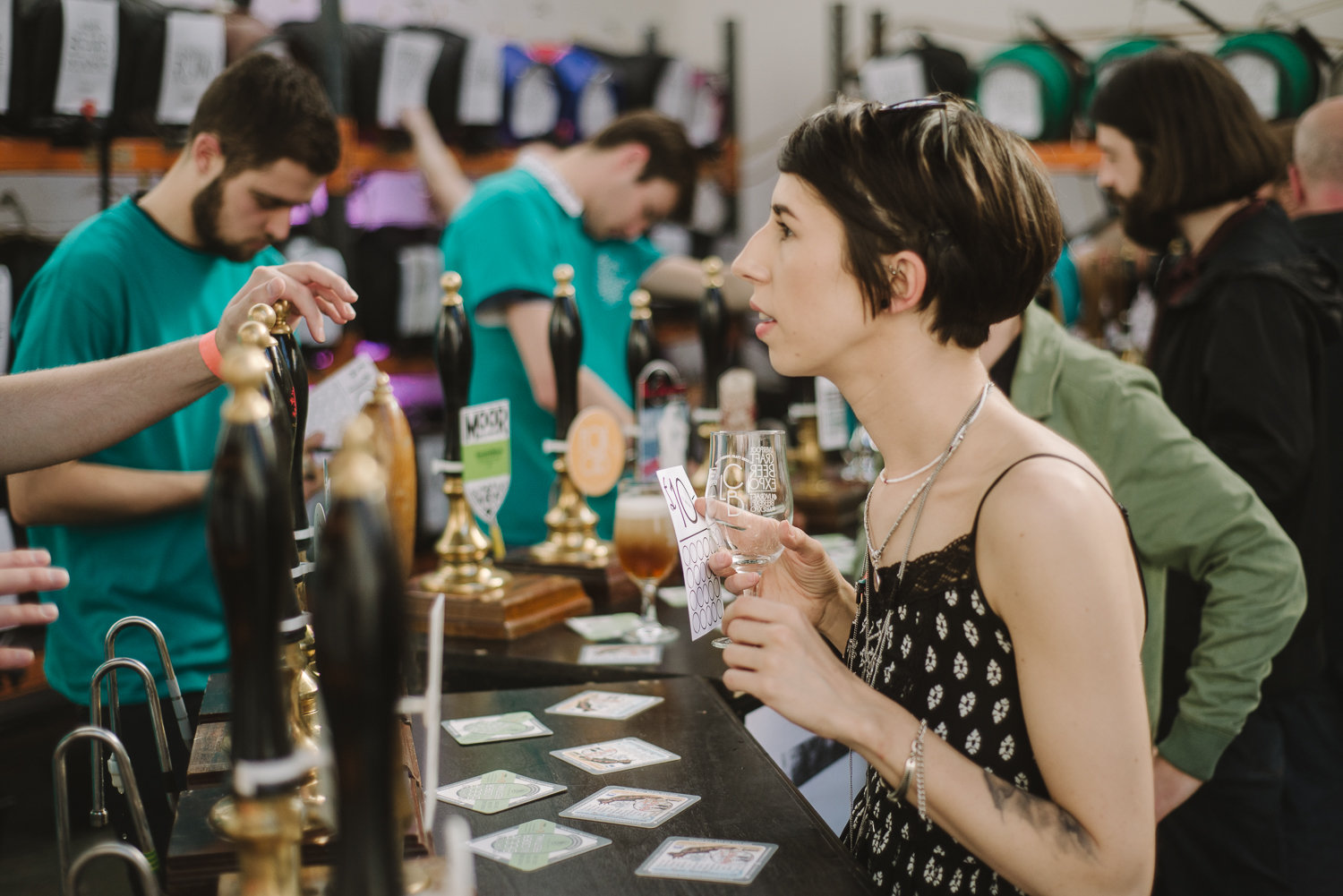 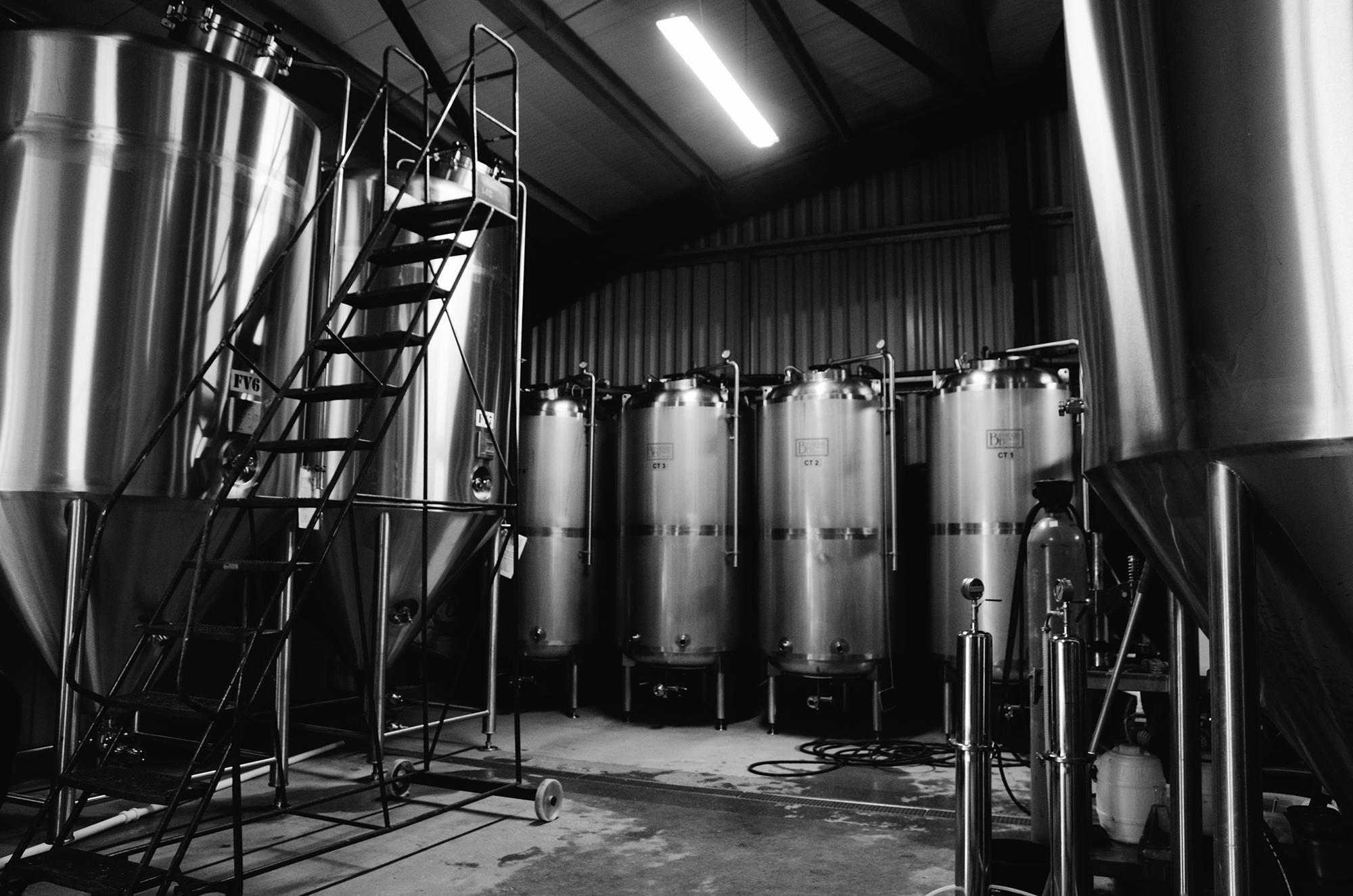 It is not simply a question of choosing a suitable strain however, but more about how you treat these strains.  For example, if we take a saison yeast and keep the temperature constant at twenty degrees, the beer will no doubt still be interesting in some way, but if we instead restrain the temperature at eighteen degrees for a couple of days, and then allow it to free-rise or even ramp the temperature up to thirty degrees over a number of days, the beer will take on more of the ‘eccentric’ characteristics that the yeast seeks to impart.  When attempting to make a Belgian-style trippel, a balance needs to be struck between, on one hand, creating a phenolic note – always part of the style – which come from restraining the temperature towards the beginning of fermentation and, on the other, raising the ester profile of the beer, which results from allowing the yeast to do its work at a higher temperature.
‍
Classic British and US ale yeasts tend to provide the brewer with less scope for tampering than their continental counterparts, but can nonetheless impart interesting characteristics.  For example, Stone Brewing Co. ferments pale ales and IPAs with a traditional English ale yeast at a relatively high temperature (twenty two degrees) so as to bring out some of the esters, whereas Russian River’s Pliny the Elder uses an ultra-clean ‘west coast’ yeast to minimise the yeast’s involvement.  The resulting beers are noticeably different: compared to the clean hop profile of the mega-hoppy Pliny, the hop notes in Stone Ruination contain something distinctly fruity and ‘oldy worldy’ which describe a trans-Atlantic migration in the sense that its distinctly American hop-forward character plants its heels firmly in English soil.
‍
So, in sum, my story of beer and brewing ultimately boils down to two interrelated components: with regard to beer, disappointment with 'real ale' on offer in the UK and when it comes to brewing, a somewhat weird and rocky love affair with yeast as a means of remedying this problem.  My relationship with yeast has since taken on a polyamorous twist.  In spite of repeated warnings from friends and brewers, I have refused to settle down with one particular 'house strain', or even to treat any strains in a kind and consistent manner.  Instead, I abuse all the yeast strains I encounter, trying to find their limits, and the search for 'the one' goes on. 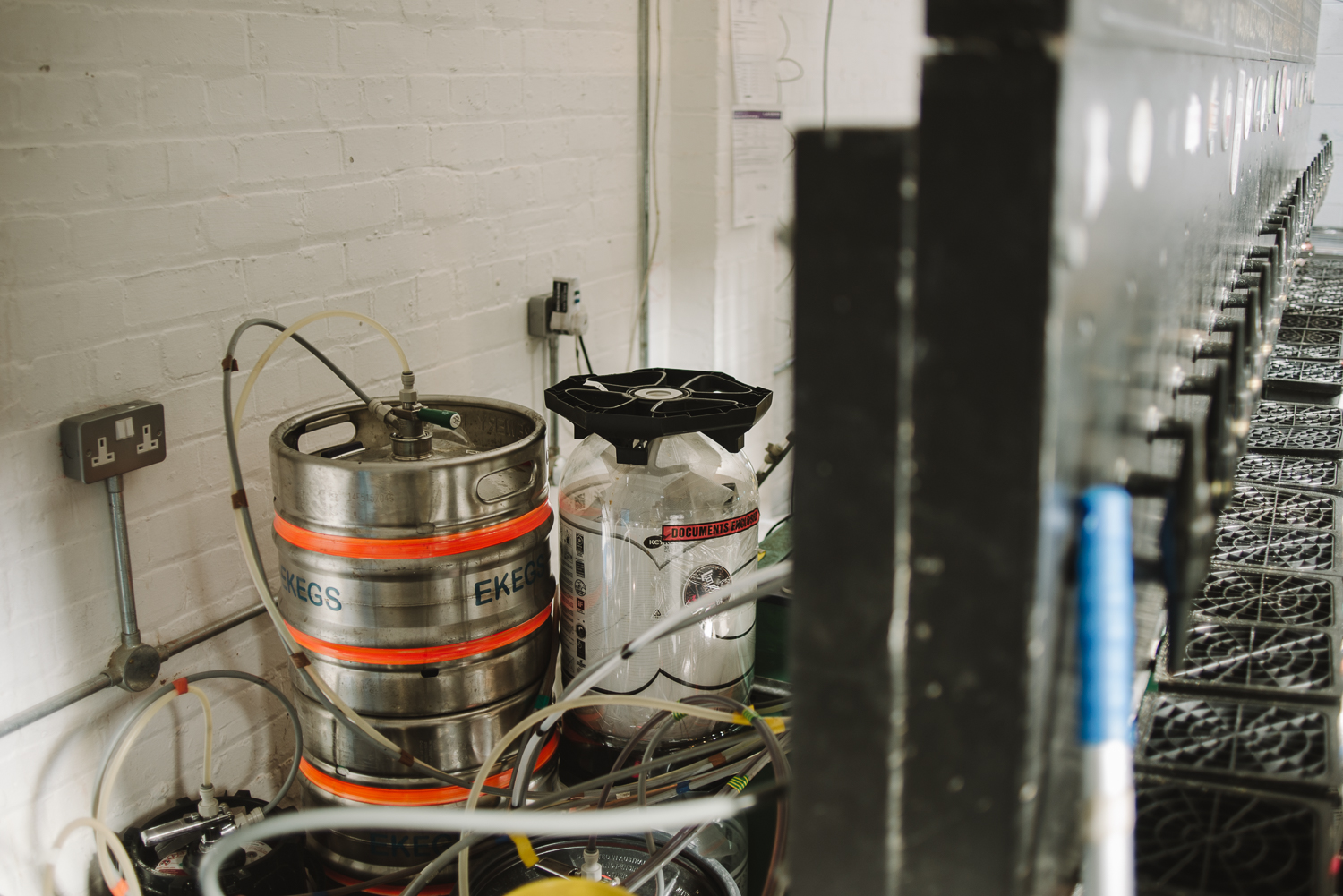 — Indeed, the arrival of craft beer announces a break with technical stipulations that decide whether a beer should be counted as 'real', so as to designate a separate space for quality brewing practices without always having to adhere to the rules of cask dispense systems.
Discussion on the technical distinctions between 'real ale' and 'craft beer' that focuses on yeast counts, filtration systems, carbonation techniques, and so on, has now become a nauseatingly well-rehearsed topic.  Aside from the fact that most new 'craft' breweries do not filter or pasteurise, and often produce beer with higher yeast counts than cask ales, focusing on this technical dimension misses one central point which arguably remains crucial: that 'real ale' and 'craft beer' are terms that denote very different, even mutually exclusive cultural approaches to drinking and brewing.  The fact that most 'craft' breweries produce both craft-keg and real ale in casks, and that many drinkers will alternate between the two, does not detract from the argument that, in spirit, these styles are worlds apart.  The waters are muddied somewhat by the fact that the term 'craft beer' was coined in the US, as a way to distinguish itself from mass produced lagers.  Despite the term 'real ale' being coined in the UK for the very same reason, the emergence of craft beer in the UK signals, for the most part, a decisive break with the restrictions and culture of 'real ale' itself. 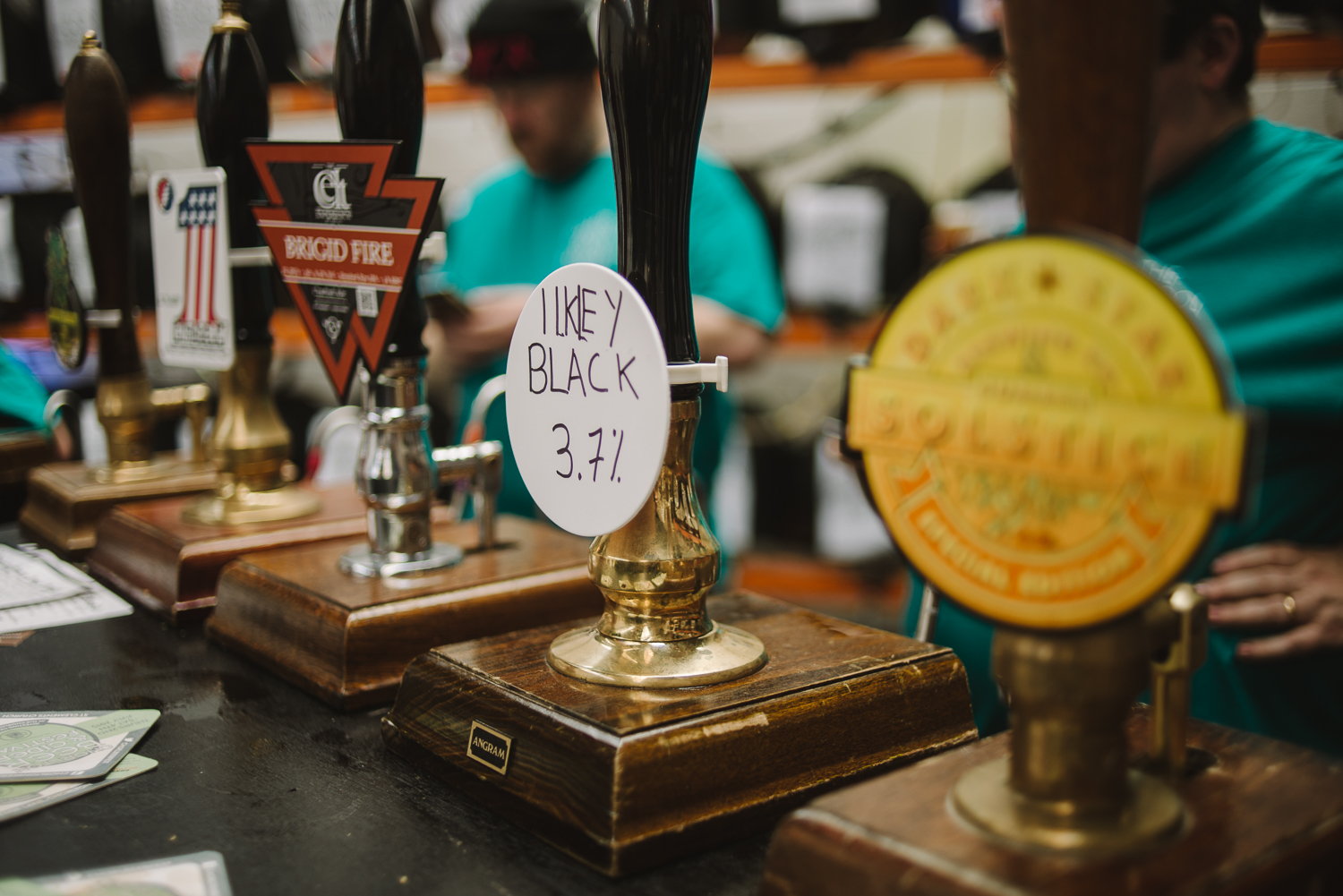 Indeed, the arrival of craft beer announces a break with technical stipulations that decide whether a beer should be counted as 'real', so as to designate a separate space for quality brewing practices without always having to adhere to the rules of cask dispense systems.  Quite simply, not all styles of beer work well in cask form – particularly continental styles such as wheat beers, bock beers and strong IPAs, to name but a few. With these styles, carbonation is key, as is a cold serving temperature.  With hoppy ales in particular, a cold serving temperature means that the beer goes through a mini evolution in the glass, with new malt and hop notes emerging as the beer warms.
‍
Despite ‘real ale’ and ‘craft beer’ being culturally worlds apart, it might possibly be the case that we are talking about the Dr Jekyll and Mr Hyde in all of us. There are times when we like to ‘know where we are’ with a beer, and other times when we purposefully set out to drink gallons of weird beer. Sometimes it is nice to stumble across an ancient pub with an open fire and engage in sea shanties with the locals, and other times this seems plain ridiculous. Sometimes it is preferable to find a spot in a city serving the red snapper and lychee Berlinerweisse that every beer geek is talking about. One approach is distinctly conservative and nostalgic, whilst the other relentlessly searches for the ‘the new’. I would argue that every drinker has this split personality to some degree. What matters in the end, surely, is that neither mindset wins entirely. Where would UK ‘craft beer’ be without both the pioneering and the restrictive stances of CAMRA? Equally, where would ‘real ale’ be without the irreal dimension brought by craft beer’s bending of the rules? Laws need to be transgressed if they are to continue to act as laws. Perhaps it is precisely this turbulent sectarian coexistence that makes today’s world of beer so exciting.
Article taken from