Legs to Carry Me Home

Volume 10
Matthew Curtis
Words
Matthew Curtis
Photography
It’s already late evening when I arrive at the oval-shaped dirt track in the middle of East London’s Victoria Park that just about passes for a running circuit.  The people I’m due to meet – an ultra running club that calls itself UTMBeers – are already whizzing around it with aplomb.
‍
My original plan was to head out on one of the club’s lengthy weekend trail runs, typically taking in many miles over the rolling hills that make up much of the south-eastern English countryside.  However, with different members of the club training for different races, be it road or trail, our schedules didn’t quite align.  And so it was here that we found ourselves, pacing around this corner of Hackney in the late summer sun.
‍
I still intended to join in, and clad in my very best running shorts and t-shirt, I managed to squeeze in a few laps, ably paced for a few minutes by two of the club’s founding members, Leo Pinnock and Jon Brombley.  The pair are old friends of mine, which is how I found out about their club.  At some point there’s a suggestion of a race, which occurs while I finish grinding out my intended target of five kilometres. 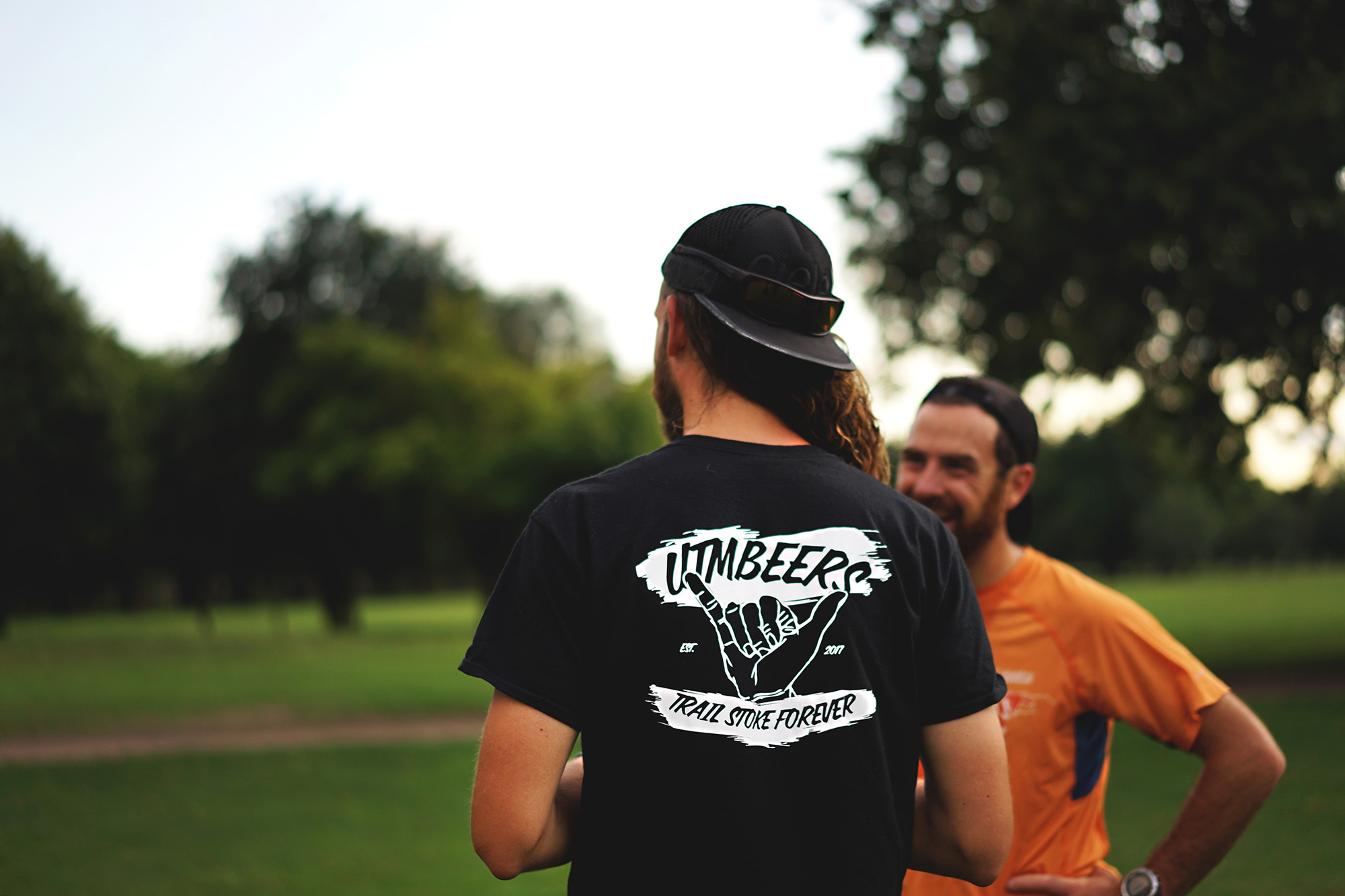 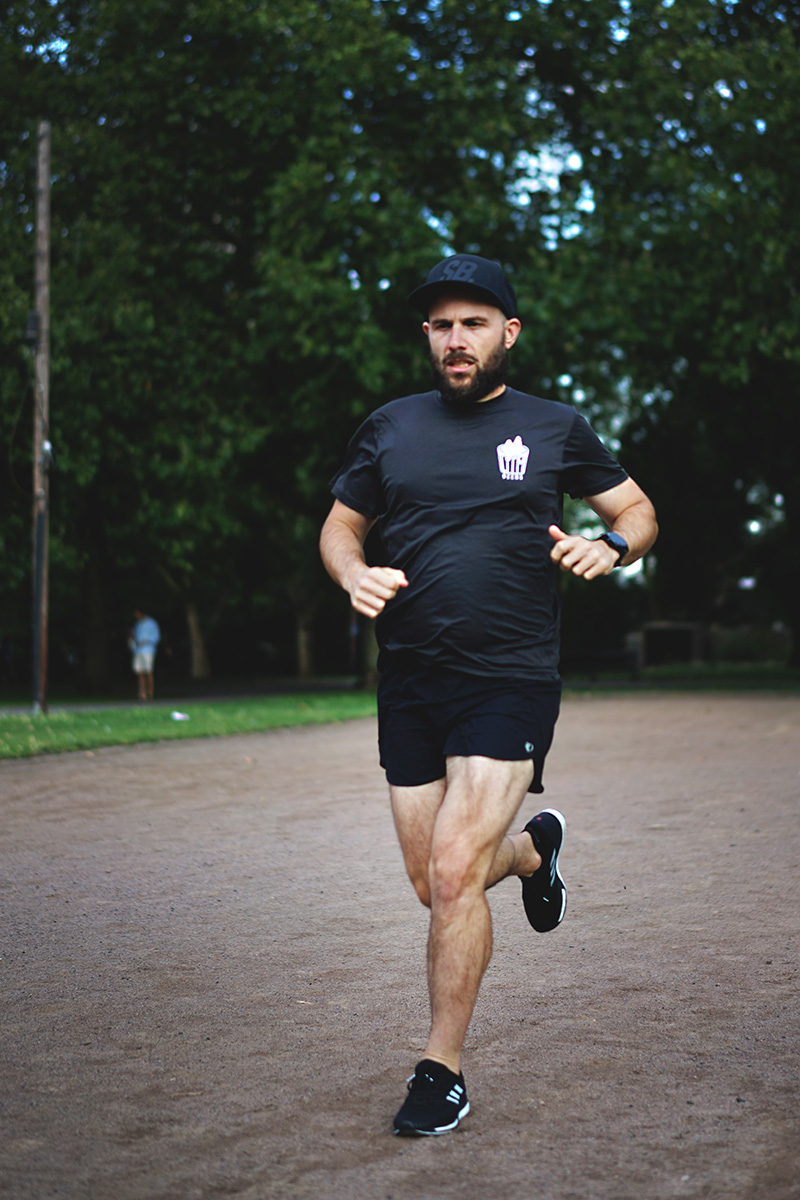 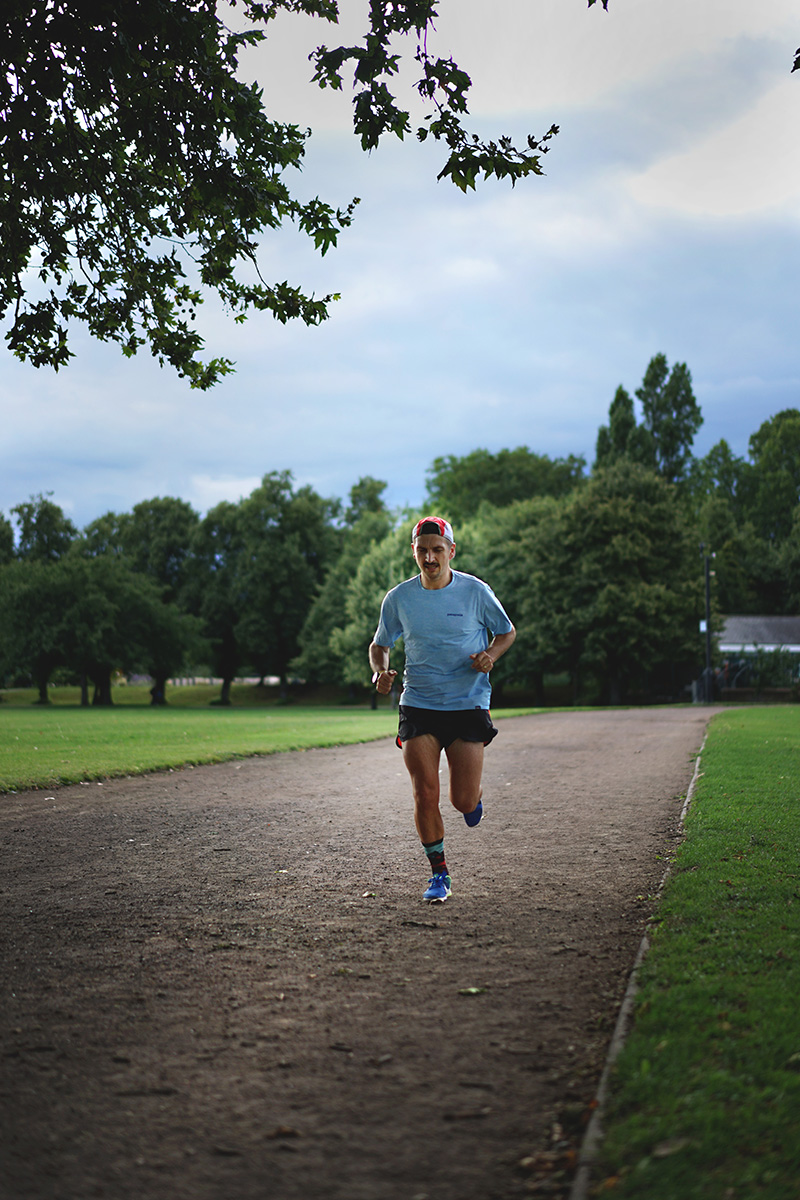 This club is about more than exceptional feats of physical endurance, however. It’s also about camaraderie, and – very importantly – enjoying great beer together. And I’m here to figure out how relaxing after a race with a great pint fits in alongside the many running hours and miles these folks put in every week.

“It’s funny because everyone assumes it’s a ‘thing’,” Jon says, attempting to play down the club’s significance.  “It [started out as] a WhatsApp group.  Originally it was set up to organise a beer to celebrate or commiserate getting in (or not) to the UTMB races we entered – it spiralled from there really.”
‍
Despite Jon playing down the club’s significance, it definitely feels like more than simply a bunch of mates who enjoy a run and a beer together.  They’ve got their own merch, for example, along with their own running club on popular fitness app Strava, which allows members to easily compare times and distances. 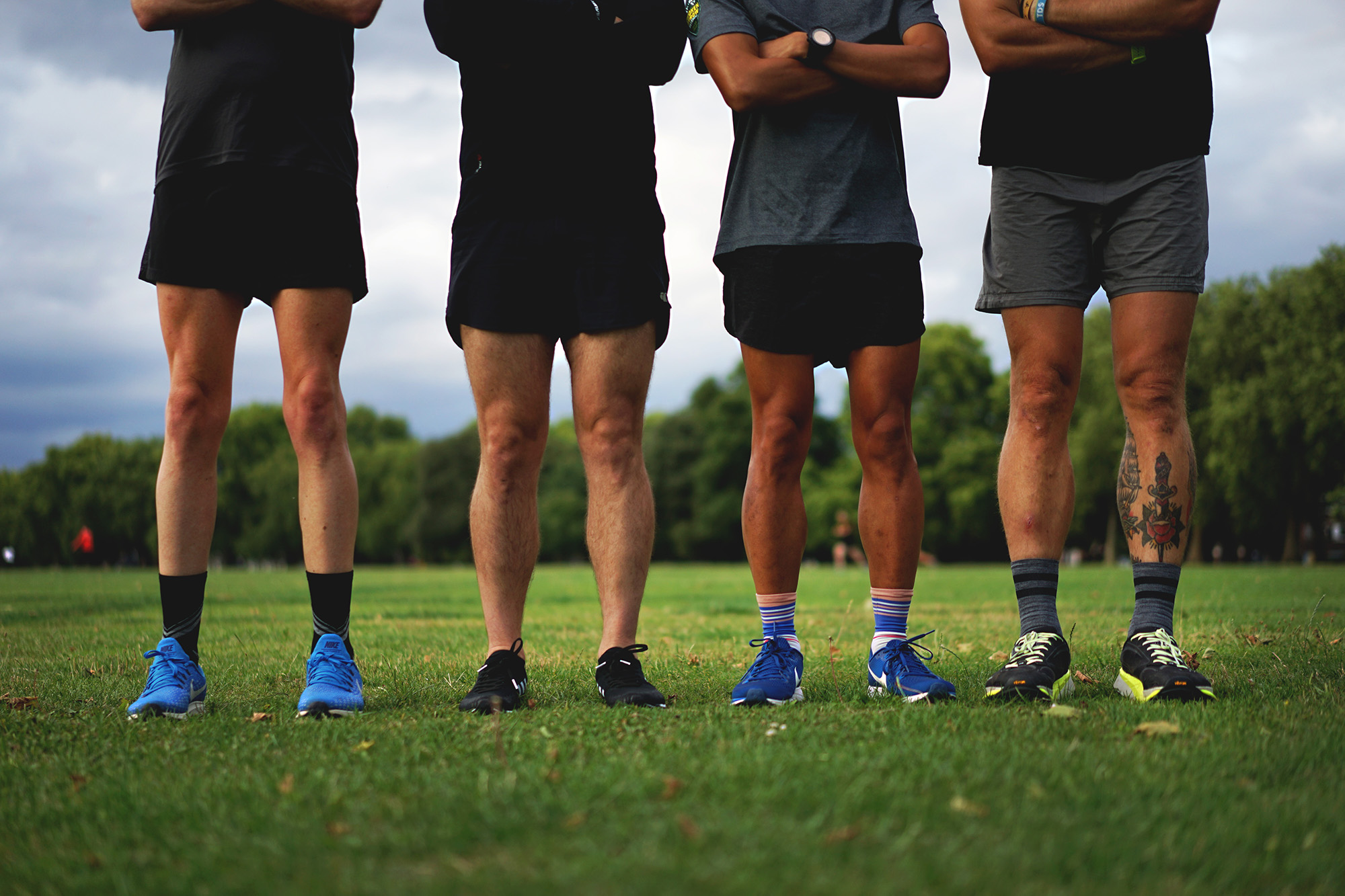 But this group isn’t content to settle for mass-produced lagers in that adrenaline-rich moment.  Like any appreciator of good beer, they feel it has to be something worth drinking.  They speak with great fondness of Beavertown’s Gamma Ray pale ale for example – a beer that indicates to the group “a pub that’s probably worth going to.”  One of the group, James Brewster, is even named after a brewery; somehow acquiring the nickname “BrewDog” although they won’t tell me how this came to pass...
‍
“Actually, they’re named after him,” Leo quips.
‍
“Howling Hops in Hackney Wick is another favourite haunt of ours,” Jon interrupts.  “We love drinking anything from them, usually escalating towards something ridiculous towards the end of the night.”
‍
After our collective efforts in Victoria Park, it’s only a short hop over the A12 footbridge into Hackney Wick and all the fabulous beer locations it offers, from group favourite Howling Hops to the Beer Merchants tap.  However, on this occasion, it’s copious amounts of pizza that the runners require for their recovery, and so we head towards the Crate Brewery taproom to grab a few pints of IPA. 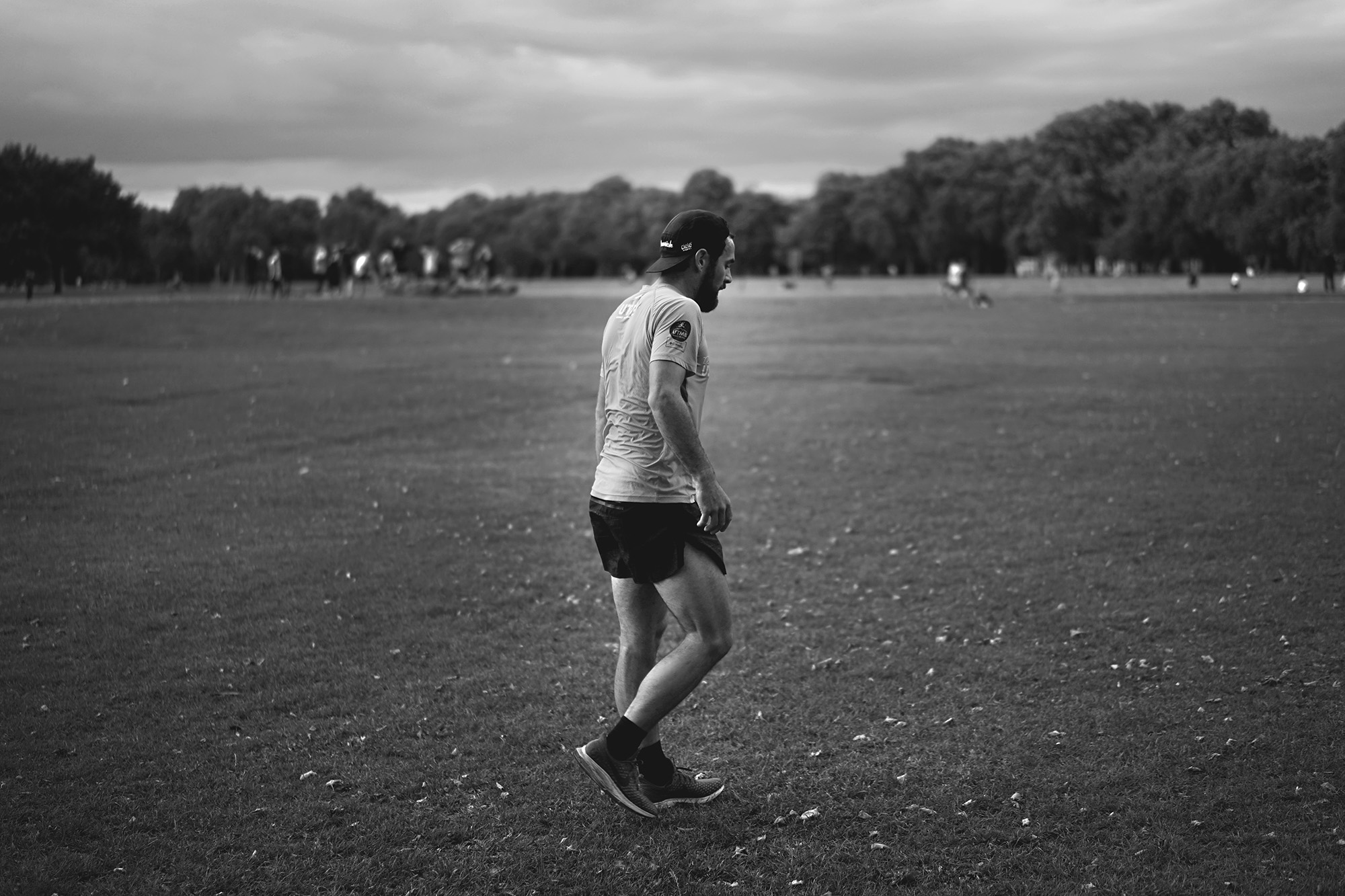 In this environment, it’s far easier to see where beer fits into the lifestyle embraced by those in UTMBeers.  It’s one of extremes; of ultra exertion physically, and then putting the same amount of effort into that recovery.  As pints and pizzas are wolfed down with abandon, I try to dig into some of the more poignant aspects of these runners’ experiences.
‍
“Being honest, running is pretty lonely, especially when you go out for four-plus hours,” Tony To, another member of the club tells me.  “Being able to share these hours with pals makes the early weekend alarms worth it.”
‍
Tony recollects how in the early days of the club they used to meet hungover – or worse, still a little drunk from the night before – ahead of long runs or races.  “I like to think we've been more sensible over the last year.  These guys have kept me honest and also pushed my comfort circle. I’m very grateful,” he adds. 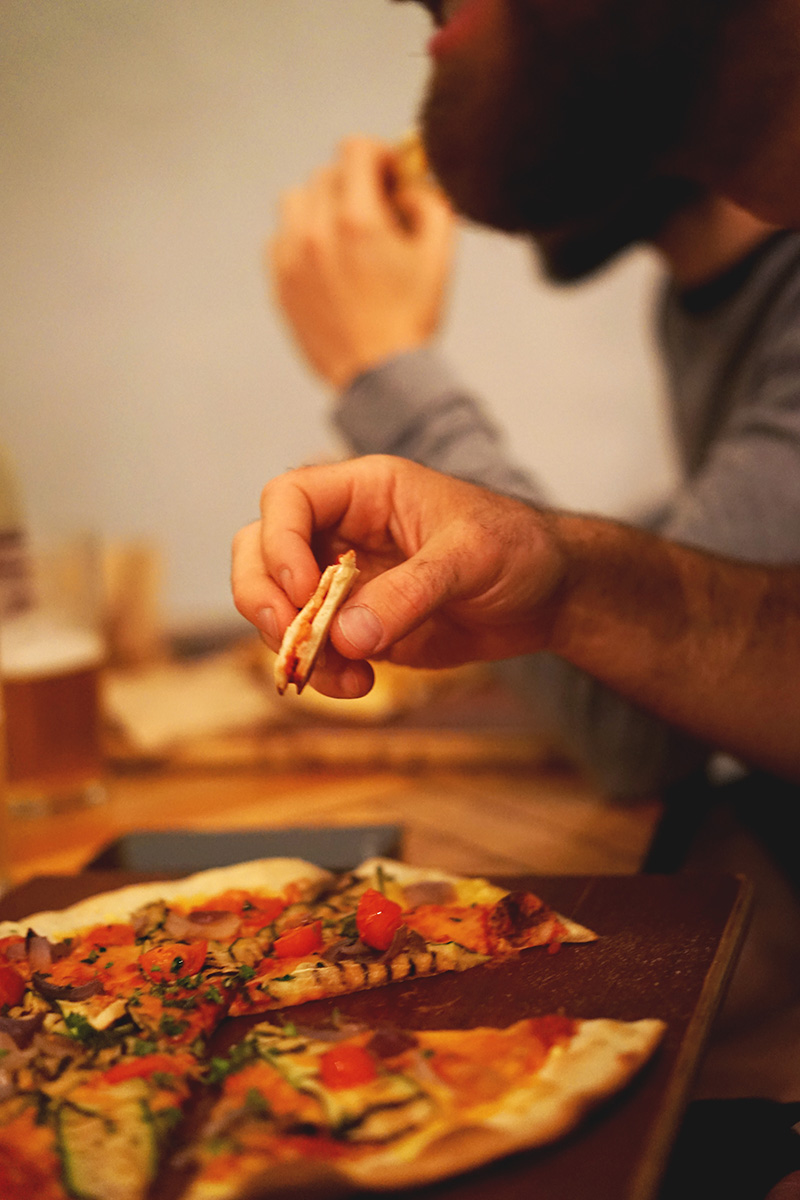 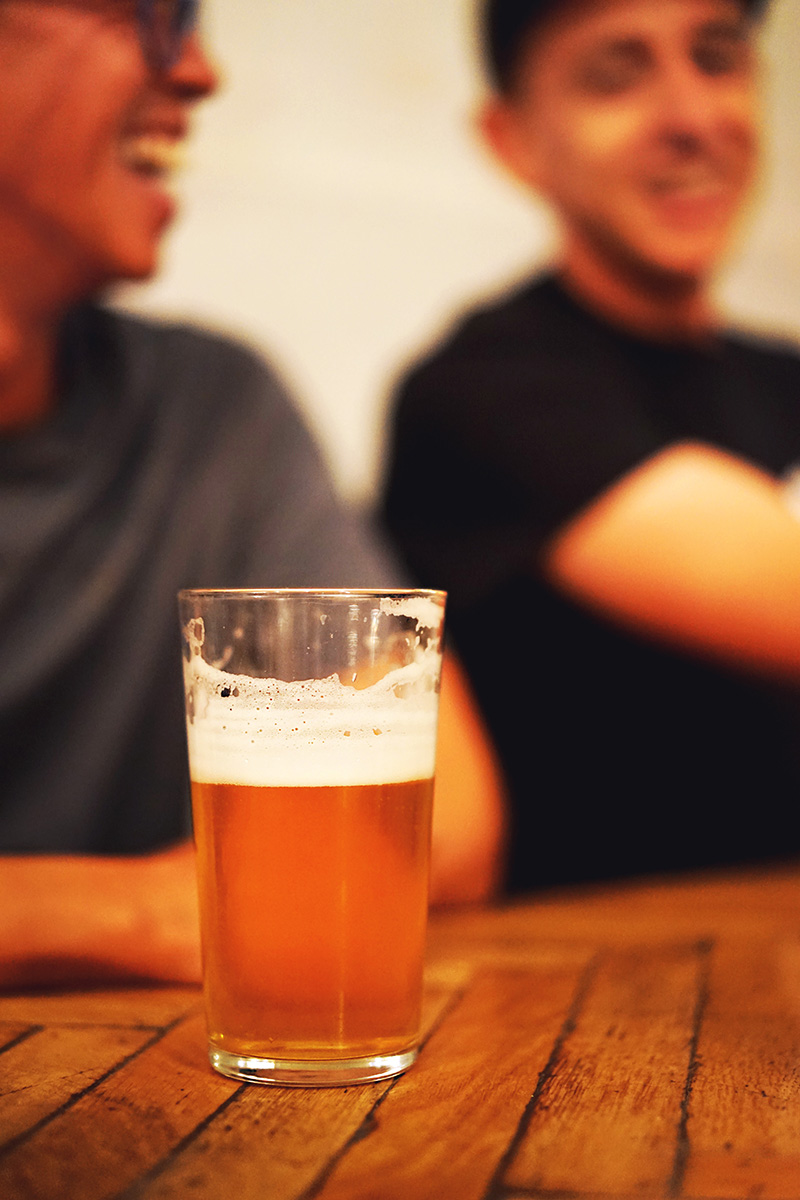 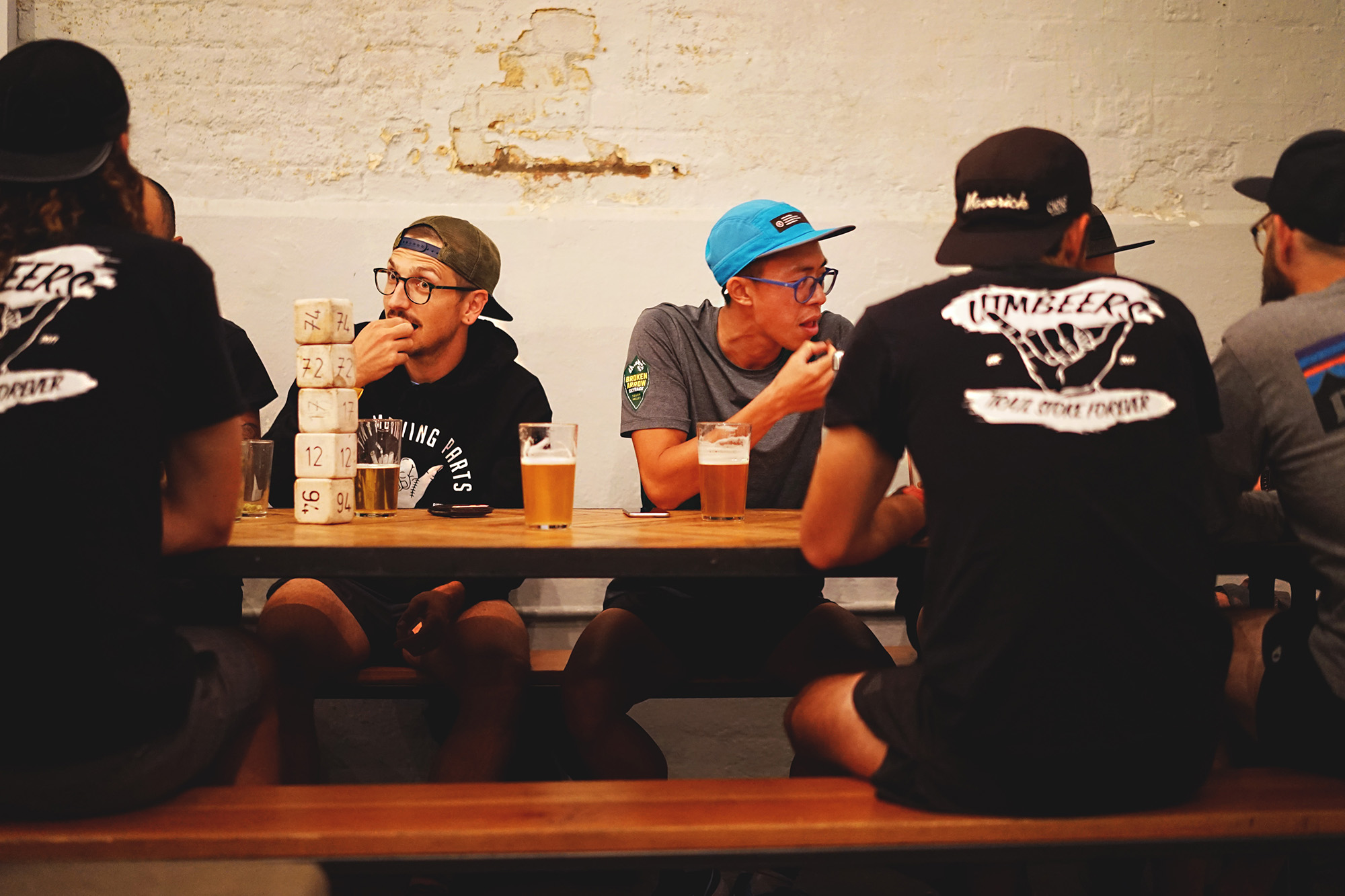 Zooming out from the conversation a little, I start to think about the hundreds of running – and other sporting – clubs that must exist like this.  The network of Mikkeller running clubs around the world being a similar example.  Each of them enjoying shared moments of revelry, all of it leading up to that next run.  It’s here that I realise how important friendship is to the mental framework of the ultra runner.  Running is a solitary sport, even when you’re doing it with other people.  Clubs like UTMBeers – and it definitely is a club – are as much a part of a runner’s training as every mile that goes into the log ahead of a race.
‍
“I can hands down say that through all the nonsense, I wouldn’t have been able to finish half the events that I have without these folks,” Leo says. “Not just race day support, but shared miles throughout the year, a shoulder to cry on, to being a sounding board for daft plans. I have shared the highest of highs, and some of the lowest of lows with these guys.”